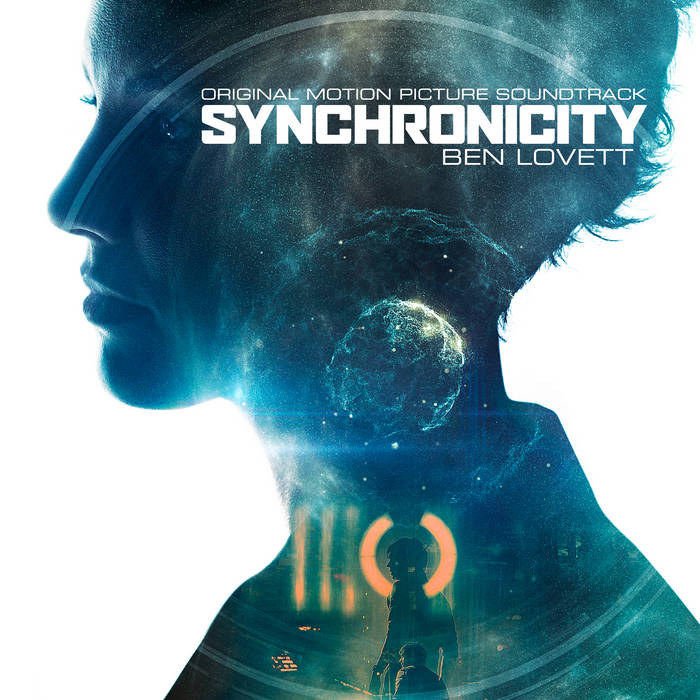 Death By Neon This Ben Lovett score is the spiritual son of Blade Runner. What kind of stuff you love to hear in Blade Runner 2049 instead of the commercial Wallfisch / Zimmer official one.
One of the best tribute I've ever heard to one of the best album ever from Master Vangelis. Pretty awesome stuff! Favorite track: Wormhole Fever.

“Jacob and I were both raised on 80’s movies and the music of John Carpenter, Wendy Carlos, Vangelis, Jean Michel Jarre and others who pioneered the sound of that era,” says Lovett. “Since the visual tone of SYNCHRONICITY is very much inspired by science fiction films from that time period, we wanted to approach the music with similar reverie to reinforce the overall aesthetic goals of the film.” Lovett opted to work exclusively with vintage analog synthesizers, his first entirely electronic score. The music was recorded in Asheville, NC – the home of Bob Moog (inventor of the modular synthesizer) and Moog Music.

Lovett's scoring career began with LAST GOODBYE, a drama starring Faye Dunaway and David Carradine, before making his Sundance debut a year later with THE SIGNAL, an Independent Spirit Award nominee and enduring cult favorite. Ben has since written and performed original scores for a wide range of feature films including the Duplass Brothers-produced thriller BLACK ROCK, starring Kate Bosworth and Lake Bell; critical favorite and Gotham-Award nominee SUN DON’T SHINE from director Amy Seimetz; Dan Fogler's psychedelic cult comedy DON PEYOTE; and the upcoming action thriller ISOLATION starring Stephen Lang, Dominic Purcell, and Battlestar Galactica’s Tricia Helfer. Lovett has been the recipient of multiple awards and worldwide recognition for numerous collaborative musical and visual projects, including the visual adaptation of his song EYE OF THE STORM, and scores for the films GHOST OF OLD HIGHWAYS and THE LAST LULLABY.

“The word ‘synchronicity’ refers to seemingly related things which are casually unrelated, and I wanted to echo this as much as possible in the music,” Lovett described. “While there are recurring melodic elements related to specific themes in the film, there’s also a thematic repetition of individual sounds which come and go, sometimes never playing more than a single note. The interplay of these smaller peripheral elements and the way they change slightly over time are kind of a roadmap for the time travel loop that occurs in the movie.”

SYNCHRONICITY is a mind-bending ‘Sci-fi Noir’ in the tradition of Blade Runner, Gattaca and Memento. Daring physicist Jim Beale has invented a machine that can fold space-time and ruthless corporate tycoon Klaus Meisner will stop at nothing to get it. When Jim uses the machine to tear open the fabric of the universe, a rare Dahlia appears from the future, but in order to keep the rights to his invention he must prove that it works by finding the flower's identical match in the present. Jim soon discovers that the Dahlia lies in the hands of the mysterious Abby, who seduces him into revealing his secrets. Convinced that she is in league with Klaus to take ownership of his life’s work, Jim travels back in time to stop the conspiracy before it can happen. But once in the past, Jim uncovers a surprising truth about Abby, the machine, and his own uncertain future.

“Math is a fundamental principal of any discussion about time travel,” said Lovett. “Even though the film doesn’t get overly preoccupied with the mechanics of time travel (which is it’s own complete wormhole) I wanted to help provide an element of technical sophistication and mathematical eloquence to support its role in the story.”

Bandcamp Daily  your guide to the world of Bandcamp